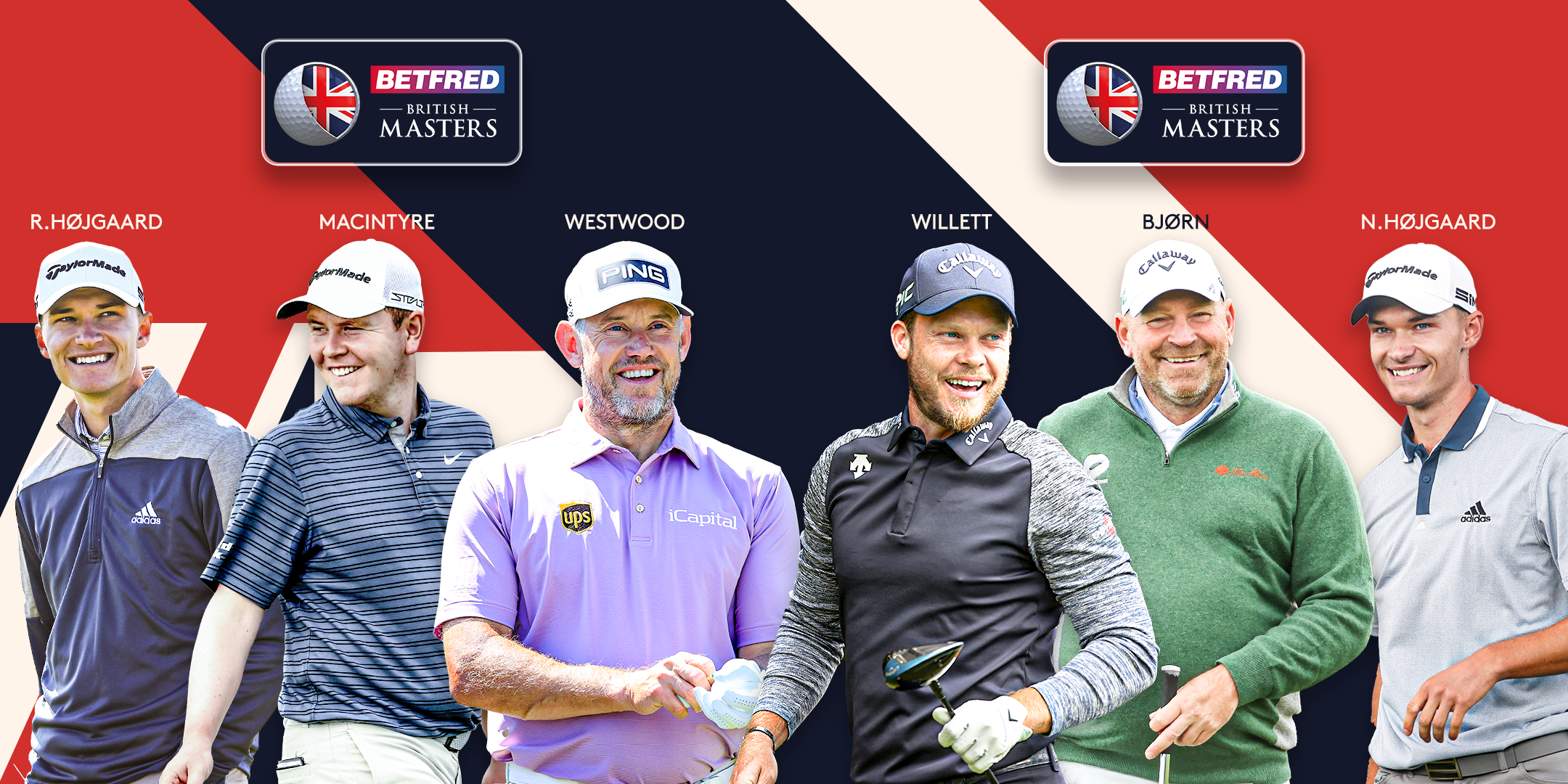 The duo were members of Sam Torrance’s side which famously won back the 2002 Ryder Cup on a 15½ ‐ 12½ scoreline and started Europe’s undefeated streak on home soil, a record which was continued under Bjørn’s captaincy at Le Golf National four years ago.

Westwood racked up three points in front of his home fans 20 years ago at the Warwickshire venue, forming a strong partnership with Sergio Garcia. Five years later, the former World Number One claimed his maiden British Masters title at The Belfry with a five‐stroke victory on the Brabazon Course.  He went on to host the tournament at Close House in 2017 and 2020, becoming the first player to do so on two occasions – an honour which Willett will match this year after he took on the role for the first time in 2021.

Bjørn, who claimed a crucial point in the Sunday Singles in 2002 by beating Stewart Cink 2&1, is also a former winner of the British Masters, securing his eighth of 15 victories on Tour in 2005 when it was held at Forest of Arden. The two DP World Tour legends join Betfred British Masters host Danny Willett and defending champion Richard Bland in the field, as well as three of the DP World Tour’s most promising rising
stars.

Scotland’s Robert MacIntyre will hope to keep up his run of strong performances at the British Masters, following on from a runner‐up finish in 2019 and a tied eighth result at last year’s tournament.

History‐making twins Nicolai and Rasmus Højgaard, who are aiming to follow in Bjørn’s footsteps as Danish representatives at the Ryder Cup, will also tee it up at The Belfry in May, with Rasmus returning to the venue where he won his second DP World Tour title – the ISPS Handa UK Championship. The victory was the second win in his 2019 rookie season. The pair became the first brothers to win back‐to‐back events as Rasmus won the Omega European Masters the week before Nicolai earned a maiden DP World Tour title at the DS Automobiles Italian Open. Nicolai returned to the winner’s circle earlier this year at the Ras Al Khaimah Championship presented by Phoenix Capital. The Højgaard twins have won five times in 110 starts between them.

Tickets are available to watch Richard Bland, Danny Willett and a host of DP World Tour stars return to The Belfry for this year’s Betfred British Masters from May 5‐8. Click here to purchase.

Premium experiences are also available at the tournament with options in the Ryder Suite and Wishaw Suite. The Ryder Suite was home of the European Team Room at the 2001 Ryder Cup, while the Wishaw Suite is in close proximity to the famous tenth and 18th holes of the Brabazon Course, offering sweeping views across the impressive golf course and estate. Click here to view Premium Experiences

To enable comments sign up for a Disqus account and enter your Disqus shortname in the Articulate node settings.